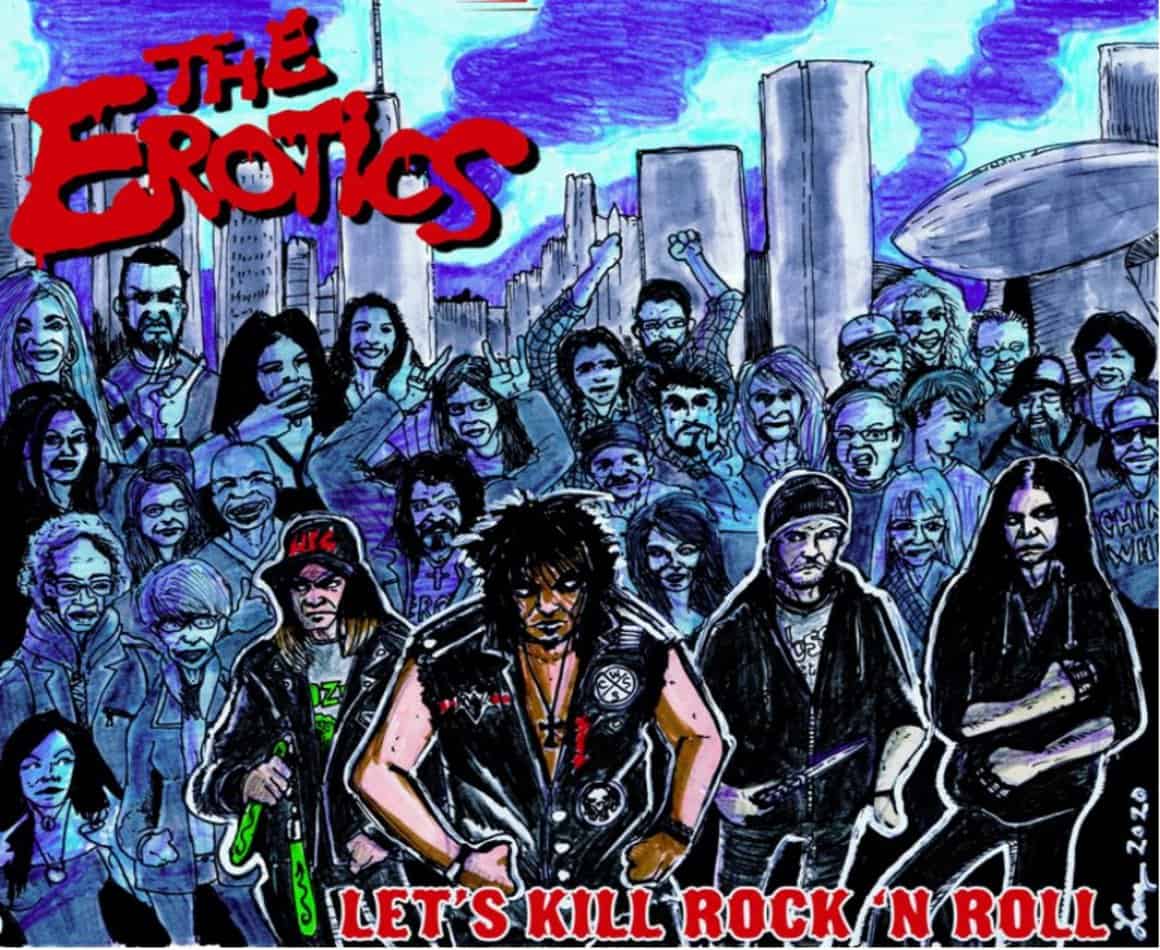 Self-described as “Alice Cooper Before He Found Religion” The Erotics are back with another dose of sleazy punk and classic rock on their new album Let’s Kill Rock and Roll. With more than 10 albums under their belt The Erotics, from Albany, NY, bring their sleazy antics of straightforward rock & roll, and their lyrical tells of drinking, drugs, and other methods of political incorrectness. With punk and straight on rock & roll influences like Johnny Thunders, and Alice Cooper as the primary inspirations of this band, as heard on their 1997 debut full-length Born to Destroy.

This latest effort found Mike Trash, Johnny Riott, Doug Renolds, and Tony Culligan working hard on getting the new songs ready for the studio. Being the rule-breakers they are, they decided to invite some of the band’s most loyal fans to Don Fury Studio to be part, and witness a live recording of all 14 tracks! This record reflects that with the howls, and cheers from those in attendance. Proving this record could be played live on stage from front to back and give Rock and Roll a full-on assault.

Nothing To Sing About

In times of turmoil across this round marble we call home, sometimes it’s best just to simply immerse yourself in some great, in your face rock. With the album starting off with an instrumental track, simply called “Nothing To Sing About” it gets the blood flowing before you’re into the slamming tracks of “Let’s Kill Rock and Roll”, “Lie My Way Into Hell”, and “Monday Morning Meltdown”. If those don’t get you forgetting the bullshit outside your doors, either you’re dead or in a coma!

With the studio full of cheers, and sweaty applause “Head Of The Lower Class” and “You’re History” come in next full bore, and the grooves flowing from the guitars have a punch in the gut vibe. The bluesy undertone of the guitar riffs in “You’re History” are simply awesome. Skidding into the next track is “Scare Myself To Death”. Introspective to say the least about this song, or maybe the voices in your head? Great song regardless of what you read into it! Follow that up with “All Ripped Up” and you’re ready for the showers. 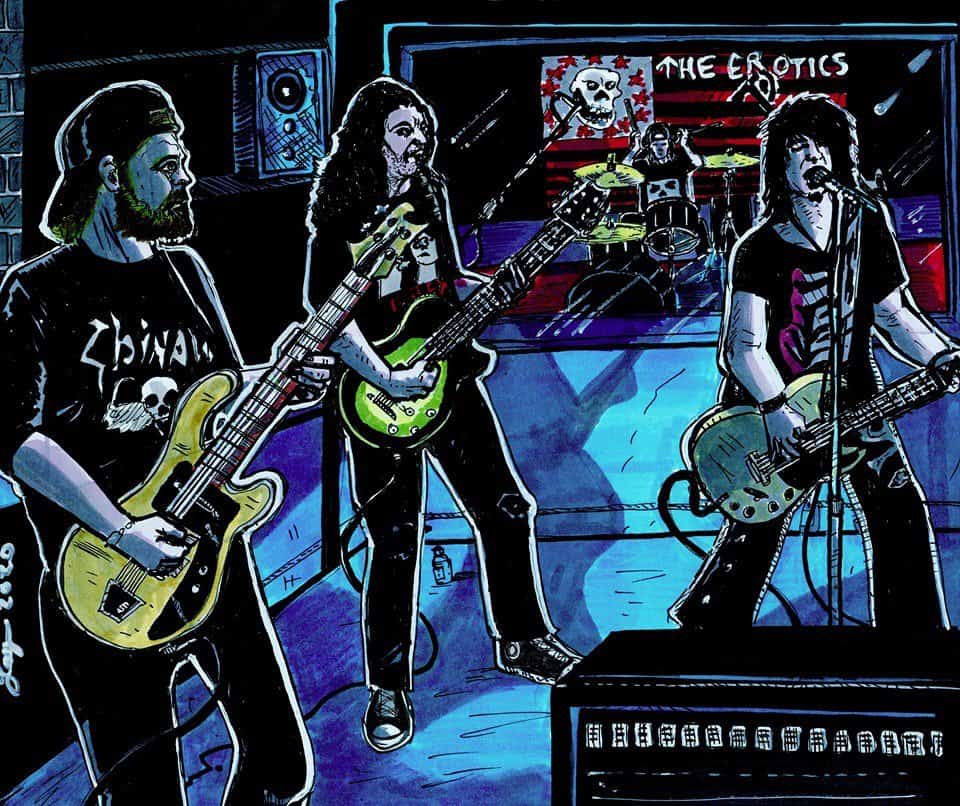 One great thing I personally loved about this whole album is the Garage Band sound that makes you feel that the tunes are from the gut, and unapologetic. None holds truer for that feeling than “Sweet Cyanide Kisses”, “Up To No Good”, and “When You Fly Away”. The latter of which I guess could qualify as the “ballad” on the album.

Every Good Show Must Come to An End

The album wraps up with three more tracks. “Wrong kind of Love Song”, “Snake in The Grass”, and “Fighting Like Cats and Dogs”. The first one, “Wrong Kind Of Love Song” feels like it could have been on any late ’80s, L.A. scene album.  Great melody, and still has that sleaze, punk vibe to it. “Snakes In The Grass” starts off with a bass riff, and then the slamming guitars and drums kick in throwing you to the masses in the pit. A crowd mover for sure! To finish up this album is “Fighting Like Cats and Dogs”. Sounding like an encore it’s got racing beats and high energy and a Priest feel to the chorus.

Let’s Kill Rock and Roll is the complete opposite of what this album does. If anything, this album is a defibrillator to the music industry! The Erotics have been harnessing their own sound for 2 ½ decades now, and have done it with their own rules, style, and attitude. That’s what is missing these days from a lot of music…the attitude!  That’s what this album is…attitude, and straight in your face. If you want to hear something fresh, then this is it!

Email Me at Trevor “Psychoone” McD

Hear tunes from The Erotics, including “Lie My Way Into Hell” on CGCM Radio!

The Rockborn EP I know this might be a little later than some of my other reviews…hell this IS late! I usually review an album before its release date. This one is almost a month after it was officially released on October 28th, 2022. Regardless of that, it deserves a loud, and proud mention. Some […]

Introducing The Band A couple of weeks ago I received a recommendation for a band called EBB who were described as “art/prog rock”. I checked out a couple of tracks, was very impressed and a few days later I went to see them play in a pub/club in Edinburgh which is not a pay-in venue. Folks go […]

Stryper have been around for about 40 years, trying to fit in with all the glam bands from the 80s with little success. Most of the bands from that era did not make it long-term. But for some reason, Stryper is still around. Ok, they are not headlining big arenas but they are always actively […]