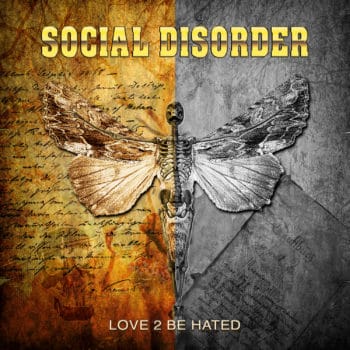 Social Disorder surprised me. With that name, I was expecting something either punk or extreme metal! How wrong I was! I can announce that this band revolving around Swedish musician Anders “LA” Ronnblom is top-quality classic rock. Anders is also a founder/songwriter of Killer Bee and X-Romance and he has called in for assistance, 3 members of the latter on guitar, keys and drums. Adding to the album are a number of musicians from other bands such as LA Guns, Quiet Riot/Ozzy, Armoured Saint, Rainbow, King Diamond/Dream Evil and Perfect Plan amongst others. There may be a whole host of folks playing on this debut by Social Disorder but it isn’t in any way disjointed. There is no overplaying or fretboard wanking, rather 9 very good, well-focused songs and an instrumental to enjoy. The guest who does the most here is Tracii Guns who is apparently on every track playing guitar and what a tasteful job he does throughout. The full focus is on SONGS. Of course, with well-crafted songs you need a good singer to deliver and fellow Swede Thomas Nordin has the pipes and delivery skills to make them hit home. This unknown singer was suggested to Anders by another musician and when he went to check him out found that he lived in the same town as himself. He was invited to do either 2 or 3 songs (he was planning on more vocalists as well) but Thomas did such a great job he was asked to sing them all! The songs are like a diary of his life focussing on beating personal demons in particular set to his personal musical influences which he admits are late 70s and early 80s.

A Look At The Songs of SOCIAL DISORDER – Love 2 Be Hated:

Opening song “Windy Road” has quite an eerie start with chimes that sound like a child’s toybox with some hushed spoken words followed by long bass lines and a guitar line that made me think of “Black Hole Sun” by Soundgarden. When the voice comes in it is pure early era Whitesnake. It is a more atmospheric track that only kind of heavies up in the midsection. Lyrically it seems to focus on fighting addiction with words saying “it’s time to choose and take back control“. The moral from it seems that we should keep going, keep fighting on even when times are tough (very appropriate in the time period we are in). “Dreaming” kicks the barn door in from the start where there are hints of that neo-classical sound that Malmsteen has with the singer heading more into Joe Lyn Turner territory. This is a song that also would have fitted onto Rainbow‘s album Difficult To Cure having that energy along with commercial accessibility. Lyrically this could also be about defeating his own demons as Thomas sings “climb out of your darkness, grab hold of your wings. make your peace with the shadows“, the last part really pointing out that we have to accept our faults/addictions to truly move on and heal. 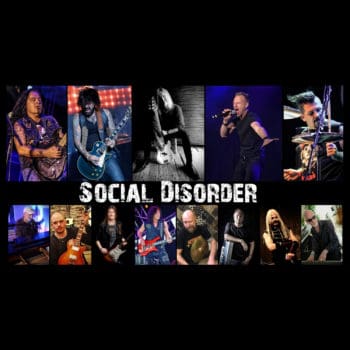 The title track “Love 2 Be Hated” opens up some questions. Is this about drunken bravado for instance? You know that “I don’t care what anyone says” whilst actually really worrying inwardly? It suggests that when he sings about “demon’s controlling me” and how his “anguish is real“. Musically this has a great grinding riff underpinning the vocals and has some lovely deft touches of keyboards adding a little spice to the overall sound (that is in fact something of a theme here, it is, without doubt, a hard rock and guitar-based album, but the keys add so much texture in some of the songs, it is nice and subtle throughout).

“Raise A Glass” is for me one of the 2 best tracks on the album. Opening with a very tasty fuzzy-sounding riff broken up by those subtle keys (organ), this has groove along with melody. Anyone who hankers for late 70s and early 80s Whitesnake will love this. In fact, the way the keyboards are utilized are similar to that band and those albums. The beat is almost industrial at times, strong and thudding (not quite heading into Ministry or anything) and is a real foot stomper. This seems to be about a woman or at least a romantic interest when he sings “you can make me feel alive… you can turn me inside out… cos it’s you and I rockin’ ‘n’ rollin’… let’s raise a glass to the sky“. There is also one of those stop-start sections which are always good fun to try and headbang along with! “Sail Away” is perhaps the heaviest song on the album yet the chorus is simply huge with some very delicious backing vocals to enjoy as well. I like the way they almost sneak the keyboards in at points.

“Down On My Knees” fights for best song for me. The opening reminded me a little of “Highway Star” by Deep Purple in the way there is a drum fill and a sort of speeding up effect. This has a fabulous chorus with the “Bang Bang” section just recorded to be sung by a live audience. In fact, I could imagine the crowd at a gig (let’s hope they tour this album) also doing the countdowns from 10 to 1. Once again featuring some fine backing vocals that are almost gospel in style, the song sounds like a love song to a female (or male) partner or possibly alcohol (or drug of choice) as he sings about having “lost control” and lost his “heart and soul“. A very upbeat track despite lyrically having an air of desperation. Fabulous song all around. “The One” is the ballad here. The only song based around keyboards/piano. The way I read it, the song is a look back on his life, finding true love but nearly screwing it all up. There is a sense of true regret for stupidity and letting loved one(s) down. Even the guitar solo captures the mood of the song, it fits perfectly, enhancing things and pulling at the heartstrings. A first-class ballad. 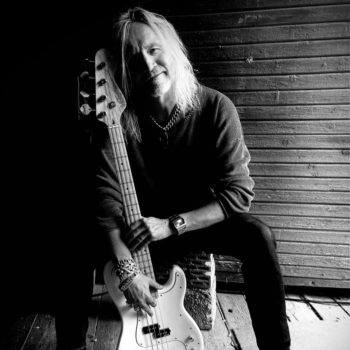 The last track “Wings Of Serenity” is an instrumental where the musicians get to show off their chops a little more. It is also the only track that hints at Anders‘ love of Michael Schenker which he spoke about in his interview with Rich Dillon recently for CGCM and which can be heard at this LINK. There are some nice stylistic changes throughout the piece with moments of that neo-classical to shredding along with that soaring harmonics that lift the spirits as you listen. There is even a quick spot of Iron Maiden in there.

The man behind this project along with many of the performers all have pedigree so it is no surprise perhaps that this new project is so damned good! The songs are strong, there are plenty of neat melodies, some fine riffage along with excellent vocals throughout. I will admit that I was unaware of the music of Anders before having never listened to his previous bands (shame on me it seems) but this has certainly whetted my appetite to do so. Anyone who has a thing for late 70s and early 80s classic rock will, I believe, fall in love with this. I can easily say that I did. Now did I mention/suggest a “tour”?

SOCIAL DISORDER – Love 2 Be Hated out June 18on AFM Records.

Introduction: The L.A. Maybe were making their first visit to the UK and despite all sorts of issues outside of the band’s control (more on that later) they still made it to the festival to play a blinding 45-minute set on the Sunday at tea time. I was lucky enough to sit down with the […]