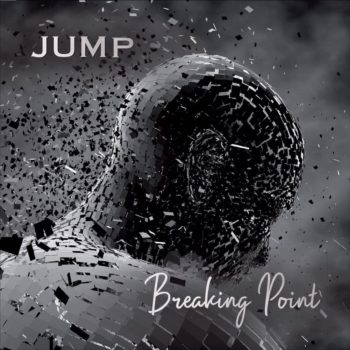 Jump are a UK based band who this year of 2020 were celebrating, or at least were planning to celebrate 30 years of music. The band who have recorded 13 albums previously and have played over 1000 gigs had hoped to do 2 special gigs which would have involved all of the band members from through the years. This would have meant playing tracks from all periods over the course of both nights. However, being the type of folks they are the gigs will happen at some point in 2021. They have a solid backbone with 4 of the band being there throughout the whole period. John Dexter Jones (vocals), Steve Hayes (guitars), Mo (keys) and Andy Barker (drums) have kept the spirit of the band alive. They have only had one change in guitars with new boy Steve “Ronnie” Rundle having been with them since 2004 and a couple of changes of bass players through the years with this album having Mark Pittam on it, the second for him. They are often put in the “prog” category, but that is debatable in reality. They are a rock band and a bloody good one. Yes, there are elements of artists such as Pink Floyd and Marillion but they are very much a song based outfit. Lyrics are important with them. Guitars are to the fore with the solos normally quite short and succinct where feel is predominant. This album has plenty of them.

Onto the songs and melodies. The album lyrically is quite heavy at points and the music catches that mood. The album title comes from a horrendous poster used before the UK Brexit vote where they showed a huge line of people with the message “Breaking Point“. As the press release says “we wonder out loud how the refugees became the scapegoats“. There were many moments I could hear the influence of Roger Waters even in delivery, scathing and angry yet having thoughtful reflection of what our ancestors fought for and what they would think of us now. A couple of tracks also made me think of progressive outfit The Tangent due to their themes and message. The opening song “The Heroes” is almost an anthem to 30 years of being in a band and musically is quite Celtic, Big Country meets Marillion in a sense. The solos are quite Floydian in parts. The band are never scared to drop the music down to its barest, a little guitar motif or some touches of keys with the vocal on top almost as though on its own. 30 years and still “we believed all along in the beer and the song and the band“. They dreamed of “being heroes” and still have the desire to make music. 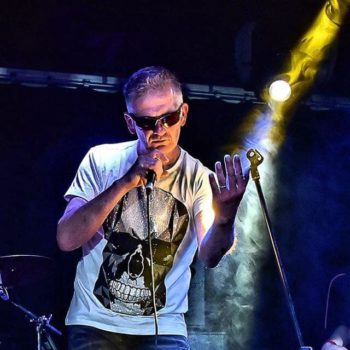 “The King” sees Mark Pittam up front leading the way, as the album becomes slightly darker. There is a point where it sounds like they have a fiddle on the album, not sure if it is keys or something created by the guitars, giving a folky vibe. Despite the scathing words the music is quite upbeat for the most part. With it being an album that also looks back at their career, there are nods and hints to their back catalogue lyrically (and on occasion musically as well). Questions are asked such as where has the time gone, how has the world changed, what have we learned? Themes revisited as things don’t seem to alter.

3 of the songs here are almost a concept piece. The story of the horror of war, the terror leading to flight, the danger in journeying and the arrival at a destination of safety that is not as welcoming as they would have perhaps hoped. To give you an idea I wish to quote from the press notes on the song “The Cellar“… “imagine living underground by dim light, running out of water and food. Imagine pissing and shitting in a bucket. Imagine all you can hear is the sound of rattling gunfire, huge explosions and the sound of your own pulse in the silence before it all starts again.” It continues to talk about the heat, the fear not only of the bombs and guns but the fear of being captured into the wrong hands, and the confusion as to who is on what side, then finishes with “Go on! Try and imagine that“. The songs capture all that and more. “The Voices” starts with a synth sound reminiscent of a Rush track before a stark vocal ala the aforementioned Mr Waters. There is an industrial edge to the track (but not in a huge Rammstein way, more subtle). “The Cellar” is claustrophobic as befitting the words, there is an urgency which has a similar essence to “The Wall” before it moves straight into “Breaking Point” where once again the bass is very prominent. The song pointedly says that folks are “deceiving yourself that you don’t know what’s right and what’s wrong” and wondering if they can really look direct into the desperate person’s face knowing what they have done. The solos on this are particularly strong and the melody over the chorus grabs you hard and doesn’t let go.

“The Parade” is reflective, looking back at what our ancestors did as they fought in the great war, for a better world. How would they feel if they came back now and saw what we had become? The guitar motif is beautiful, moving and effective.

Final song “The Cold Fire” opens with military-style drumming and vocal as the guitar slowly comes in and takes us to the main riff. There is an element of danger, being on a tightrope, trying to stay on our feet, not to fall into the mire of hate and xenophobia. I do like the little guitar flourishes before the lyrics come back in. The chorus is terrific, “down down there in the cold cold fire” will be belted out I imagine by fans at gigs. 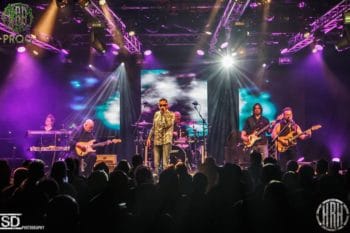 Despite this being quite a dark album reflecting our times there is plenty of hope to be found, due to the band’s ability to write strong melodies with guitar solos to match. I will say this is not the most immediate album they have made, but on repeated listens I think I can say now that it could be one of their finest. It took me time personally to notice how infectious some of the songs are. An album that makes one think and feel whilst still managing to lift the spirits. I can only imagine how good these songs will sound live, especially as I can testify to the fact that Jump are one of the best live bands around. They entertain with frontman John working a crowd in the same way as Fish. Chatty and open to working with the audience whilst the band are able to turn their hands at any type of music when asked. These guys (and girl) put on a show whilst playing intelligent and thought-provoking songs. This is an album full of those sorts of songs. Long may they continue to plough their own furrow and create albums of quality.

Album out now on F2 Music.

WONDERLOVE- All of the Nightmares (Album Review)

Wonderlove has flown completely under my radar in their long, but sporadic career. Upon its release in February, I liked All of the Nightmares well enough. But each listen brought something new. Now, after almost five months it’s risen to among the top releases of 2022. While lumped in as a prog band, these guys […]

Having seen The Cruel Intentions twice in the past few weeks, and getting to hear the new singles live, I was very excited for the new album, Venomous Anonymous. It did not disappoint! I have enjoyed all three singles which include “Reapercussion”, “Kersosene” and “Sunrise Over Sunset”. All three have great accompanying music videos, and […]

Here at CGCM, we love to help promote new and upcoming bands.  October 18, 2021, is the day that I first heard of Kardang. Henning messaged me on Facebook asking if he could send me a song to see if I could play it on my radio show. I host the “Power Chord” here on […]