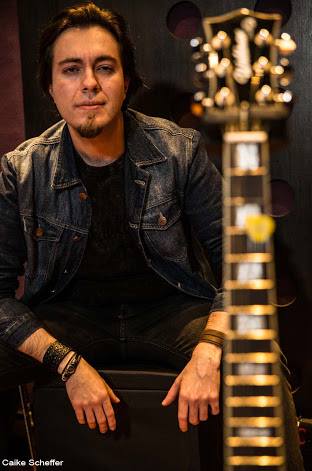 One thing I know for sure is that I still know after buying my very first cassette, is that I love discovering new bands and music that makes the hairs on my arms stand up. While there are many more ways to discover music these days (I won’t say how many years later!) it still takes a special sound to get that result. The first time I played Leatherjacks – Extremely Dangerous I got that feeling.

I literally get loads of emails a day with links to new music, and even some sent in the mail, but this day after loading in one band after another, and not making at all the way through the first song sometimes, I didn’t turn this one-off. It had that catchiness, and enough hooks to keep me going. I was intrigued enough to go find the back catalogue and see where the Leatherjacks story began and what brought them to Extremely Dangerous.

The first thing that intrigued me was the band name. Leatherjacks. I’ve always been keen on finding where a name comes from. The story, the trivia of it all. Well, I found this one and laughed when I realized how simple it was. Finding an interview online, vocalist, and multi-instrumentalist Mauro Cordeiro says it came about because he had a brown leather jacket that he loved and kept so long it basically decomposed!

Leatherjacks is a one-man concept and band! It all began back in 2016 when Mauro Cordeiro wanted to revive the concept of AOR, Hard Rock, and Metal and the music from the 80s and also pay homage to his musical influences and still stay true to his Brazilian homeland. To him, music was and IS a way of life, and he loves every moment of it.

The new album is aptly titled. Being from Sao Paulo, where the music scene doesn’t usually rock but is littered with cover bands, and Samba’s, it’s not the norm to create Hard Rock, let alone original rock. Since 2017, Leatherjacks has been creating just that. Fun, catchy, original melodic hard rock. With AOR sounds, and 80s riffs, and some classic metal fills, and hooks throughout its entirety this isn’t an album to gloss over.

Extremely Dangerous does revisit one song that has been around since almost the beginning, “I Hate To Fall In Love”. This song appeared on the first single Leatherjacks put out just after their 2017 album, “The Lost Arks Of Rock And Roll”. Even then it had two versions of the tune with one being the 1985 remix. Listening to all three back to back Its easy to here where Mauro was heading with his musical direction.

“Dejacked” kicks the album off with some great guitar tones and hard pounding drums. The opening riff and accompanying percussions are just the way this listener likes to hear an album kick-off. It promises more and leaves you wanting to continue listening which these days is a feat that many albums just don’t have anymore. With a great guitar solo just past the midpoint of the track, you have to wonder how just one man created such killer sounds. Then we get into the aforementioned tune of “I Hate To Fall In Love”. A good song for sure, and worth pushing onto the new listeners that might not be aware of Leatherjacks previous material. 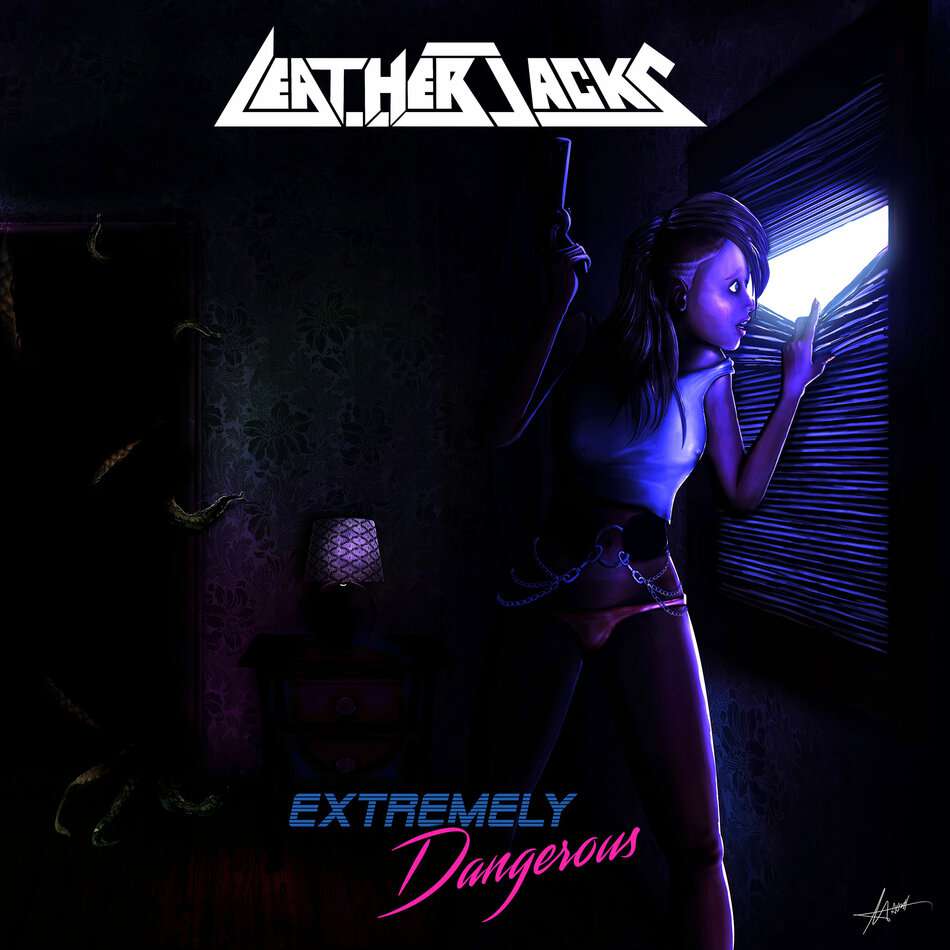 “Songs for Strangest One” almost has an Aerosmith vibe in the beginning with its hard ‘n’ heavy bluesy riff in the start. The kick drum is fast and, in your face, here as well. Personally, I feel this could be a strong single for the album representing the sounds that influenced Mauro to begin with. Fantastic track! Following that is the album title track. “Extremely Dangerous” is a pure 80s sound. One can hear shades of Dokken in the guitars, and the vocals take you back to the days where gang vocals where strongest. If you listen carefully you can even hear some piano mixed in, and still fits perfect rocking out.

The first single of Extremely Dangerous is “Persona Non-Grata” This is where the Metal influences of bands like Iron Maiden and Dio can be heard. That’s the one thing I loved about it all.  You can hear the influences, but they aren’t a blatant rip off of them. Very nice tip of the hat here.

Songs like “Taured” and “The Payback Bay” again showcase the multi musical talents of Mauro. With some great finger work on the guitars, and the steady punishment on the drums. One can definitely pick up on some great keyboard work here as well. While “Payback Bay” has a darker, and heavier vibe throughout with darker sounds, and darker vocals.

To finish things off we have “Spells And Zombies Through The Night” and “A.O.R. Boulevard”. “Spells and Zombies…” has a great guitar sound to it but honestly would consider it the weakest on the album. The production on this track just seems muddy compared to the rest of the album. Hats off to the musicality, however.

“AOR Boulevard” closes out this great album and again has a perfect title. The guitar tones and percussions are straight out of the AOR manual. The vocals are harmonic and full of great melodies. This is a true tribute to those who came before in the AOR genre. A fantastic guitar solo just accentuates a great tune.

All in all, I’m quite pleased with what I’ve heard from Leatherjacks – Extremely Dangerous. This is an album that covers all the bases for this listener. It’s got that 80s sensibility that I love, some wicked guitars and drums, and still maintain that great melodic sense in the vocals. For sure this is getting a big thumbs up from me, and a 9 out of 10 for sure. As I said before, this is not an album to skip by. This is a great piece of music and created by one man! You gotta give props where they are due for sure here!  Go check it out!

Email me at Trevor “Psychoone” McD

BEYOND THE BLACK – Beyond The Black (Album Blog Review)

Welcome Ladies and Gentlemen, It’s been a while, hasn’t it? It’s a little late now but I wish you all a wonderful 2023 and beyond! I have been rather distracted with life of late and I haven’t done my CGCM duties. For that, I apologize. I’ve listened to a few albums in January and I […]

Full Of Mystery, How Many Albums? Sometimes as a reviewer, a new name appears in your inbox to review. You click on it, like what you hear, and decide to find out more. Then you get a surprise when you find out the band has a bunch of albums out already (7 in this case). […]

Here, we present our “Best of 2022” Collection. The individual top ten best articles from each of our participating contributors. Links to Radio Shows and podcasts (to be added as they are broadcast). And our collective best list (compiled by an extensively complex rating system) culminated from the individual lists. Enjoy listening to the Best […]