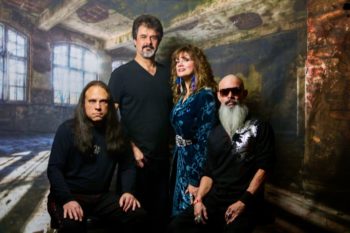 Were You “Born To Rock”?

I always thought that someone had to pass on before being reincarnated (if you believe in that!) However I think the people upstairs have made an exception and decided that the world needed another Led Zeppelin within it to help the masses around the globe while fighting this pandemic. To keep things interesting though they have turned Plant into a very capable female vocalist.

Wait, did you think this was going to be another Greta Van Fleet review? Nope, not this time. I’m talking about the produced, mixed & mastered and recorded by the legendary Michael Wagener Born To Rock album from Rockborn.

Who Is Born To Rock

The band Rockborn was founded in 2018 and hails from Albuquerque, New Mexico. After a few listens I couldn’t hear anything except a huge Led influence. Not surprisingly when I went looking through their Facebook page, there it was at number two as an influence right after Deep Purple.

You have the lead singer Luanne Reid, who could almost sound like the lovechild of Ann Wilson and Robert Plant, in sound, skill, and delivery. Next to her, you have the guitars and backup vocals that are very competently done by John Lyell. An obviously skilled musician, that has realized that sometimes what you DON’T play is just as important! Dino Serna handles the bass and also helps with background vocals. More proof that a competent musician is to stay in the pocket, and not try to grandstand on his own. Lastly is Gary Gabaldon on drums. No wild arms flailing about, no fills that aren’t called for. Just straight-ahead beats that perfectly fit whatever tune he is playing.

We open with a crunchy guitar tone with a feeling of grit and down & dirty blues. Simple yet very effective. “Memories Of You” then gets going when vocalist Luanne Reid gives an Ann Wilson styled “Ohhh”. You may think that this track has kind of a slower pace, and while it’s true this isn’t Metallica, it definitely has a rocking edginess to it for sure. 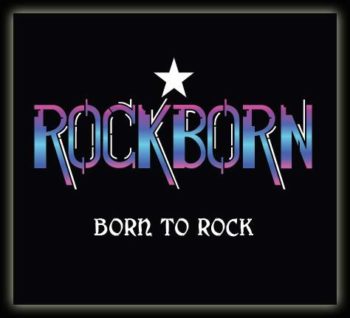 On to track two and that Zeppelin feel and vibe continues with “Never Said Forever”. This bass line in this track has a groove that I personally love right at the kickoff. It then switches tracks and goes into a vocal/drum combo. And then it kicks back over to a chorus that comes at you like a jackhammer. Great track, simple, yet very effective and infectious. This track has got one of those earworms that will for sure stick with you.

Probably one of the more rocking tracks in this listener’s opinion is “Give Me Back My Radio”.  A track that basically talks about the need or passion that comes with being Born To Rock. The swagger to this track is absolutely rocking. With lyrics like “Playing music is my destiny, where all my dreams are reality” you can understand where this track goes. I believe that any fan of great music, no matter what genre will be able to relate to the lyrics here. Oh did I mention that it also has a delicious guitar solo placed right in the middle!

If this were actually a vinyl release (and it could be these days) this would be the tune to finish off side A. “Reasons Why I Cry” is right back into that blues-rock groove again, that is until the chorus begins to kick in. Gary Gabaldon really holds the beat strong and true and is dominated throughout the whole song.

Side A finishes onto Side B

This time we are kicking it off with a more southern rock vibe. “Not What You Need” is more fun and perky track. This is probably one of my favourite tracks off the album. You can almost hear the smiles and fun times while this one was being recorded.

“Madness My Heart Can Hold” is right back into the Zeppelin pot once again. Channelling the vocals of Plant, the drums of Bonham, and the strings from John Paul Jones and Jimmy Page, you have a complete rendition of a Zep song that never was. It’s almost eerie, how this feeling sweeps across within the first few words of the track.

Second, to last on the album is “All I See”. This song literally bursts into your eardrums. Again a hard-rocking southern vibe, but very strong. Some great guitar work from John and a strong bass line from Dino are very noticeable here, and I’m loving every note. Also, Gary punishes the high hat here like its committed a capital crime! Not too sure to be honest who handles the harmonica that makes a grand appearance on this one, but again it fits perfectly. Great rocking tune!

Finishing off the record Born To Rock is another voyage into the Zeppelin folder yet again. “It’s Not Over” has a very “Arena” sound to it. I could close my eyes and see a huge crowd. Luanne‘s voice carrying to the back of the crowd over the held-up lighters and outstretched arms of sweaty music fans.

Yeah, I know, that I mentioned Led Zeppelin a lot in this review, but that is honestly what I hear. Its got to have some truth to it right? It has gotten the attention of the great Michael Wagener to handle all the other duties on this album short of performing! That doesn’t happen to bands that don’t have something to their sound. What’s old can be new again, so why not a Zeppelin sounding rock band, that actually rocks instead of having that psychedelic sound like those “other” Zeppelin sound-alikes. Just remember one thing in this crazy world that we are living in. Music, whether you hate certain sounds, or like something different than someone else, it binds us all in the sense that it moves us. You just gotta find something that moves you and let it take you away.

Email Me at: Trevor “Psychoone” McD

Full Disclosure Full Disclosure:  I’m a huge fan of Erik Grönwall from back in his H.E.A.T days.  I think he’s one of the best frontmen I have seen live.  As a matter of fact, my jaw literally (yes, literally) dropped, when I first saw him front H.E.A.T on the Monsters Of Rock Cruise.  Consequently, I […]

Little is known about this little treasure I discovered! What I know so far is that they are from Oxford, Michigan. They look like high school kids or freshly in college. I have to tell you when I played their album I was not expecting these young lads at all. I had in mind some […]

I Wanna Tell You A Story: If I may go off on a slight tangent before I start, I want to tell readers how when I was young (far too many years ago) I had a tape of the Genesis album The Lamb Lies Down On Broadway given to me. I played the shit out of […]